Booking Discounts Savings* UP TO $400 per couple/$200 per person 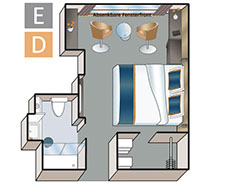 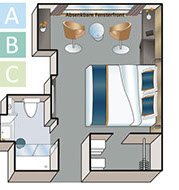 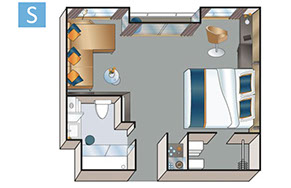 Following breakfast, enjoy your day in Nuremberg.  Your city tour includes a visit to the romantic Old Town of Nuremberg, lovingly restored after the destruction incurred during World War II. A hub for history, Nuremberg is home to many museums including the Documentation Center (visit optionally), which recounts the effects of the Nazi Regime and World War II on the city and surrounding areas.

Situated in Eastern Bavaria, Regensburg is one of Germany’s oldest towns, founded by the Romans in 179 A.D. Today it is a prosperous city with 3 universities and many landmarks dated to the Middle Ages.  Enjoy a Regensburg Walking Tour through one of the most visited cities in Germany and its Medieval Old Town, a UNESCO World Heritage site.

Passau is one of Germany’s oldest cities situated at the confluence of the Inn, Ilz and Danube Rivers. Passau is a beautiful and fascinating fairy-tale town with cobblestone streets and the famous baroque Cathedral of St. Stephen. The imposing fortress Veste Oberhaus is located high on the hill, overlooking the town and the three rivers. Back onboard, enjoy dinner as the vessel sets off toward the romantic Wachau Valley.

In the early morning, dock in Emmersdorf, in the heart of the UNESCO-protected, cultural heritage landscape of the Wachau Valley.  Relax and enjoy cruising or join the optional tour to the Melk Abbey, a magnificent Benedictine abbey and the largest in Austria.

Back onboard for lunch, continue through the vineyards of the Wachau to the village of Dürnstein for an optional walking tour.  Spend the afternoon in the romantic village with its iconic blue church and winding streets, and perhaps sample the local wines or continue to relax onboard.   Arrive this evening in Vienna.

Enjoy an included Vienna City Tour.  For over 600 years, the magnificent baroque capital city of Vienna was the seat of the mighty Hapsburg Emperors, a heritage that has bestowed it with many dazzling palaces and monuments: the lavish Hofburg Palace, the impressive Vienna Opera House and the majestic Ringstrasse. The capital is also known as the “City of Music” for having once been the home of composers such as Beethoven, Schubert, Mozart and Johann Strauss.  In the afternoon continue your exploration or take an optional tour to Schönbrunn Palace, the sumptuous former summer palace and gardens of Empress Maria Theresia.

Awake today in the capital city of Bratislava in Slovakia.  Walk through the city, see the home of the Slovak Philharmonic Orchestra, the old city walls, the summer residence of the archbishop and the current residence of the president of Slovakia. Traverse through the restored old town, from Michael’s Gate, and admire other impressive sights such as the Primatial Palace and St. Martin’s Cathedral, former coronation cathedral for Hungarian kings. Bratislava is a little jewel along the Danube. This evening celebrate with the Captain’s Gala Dinner.

The beautiful Hungarian capital of Budapest is a perfect finale to your trip. One of the largest cities in the European Union, Budapest offers many interesting sites, including the largest building in Hungary: the neo-Gothic Parliament building, Fisherman’s Bastion, Buda Castle and the Chain Bridge, which connects the two sides of the city – Buda and Pest. Onboard this evening, enjoy a Hungarian Folklore Show. The ship docks and remains overnight in Budapest.